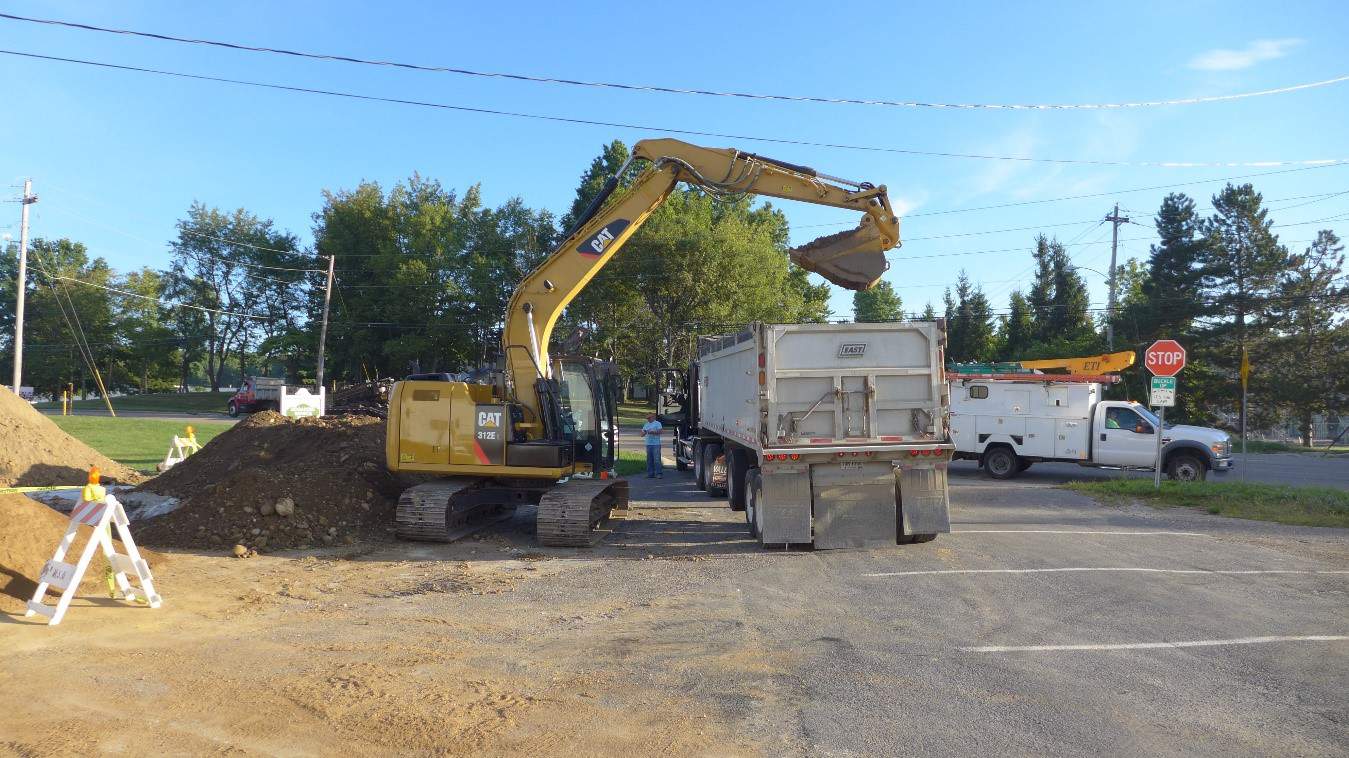 In 2015, Phoenix Environmental assisted the Village of Mogadore, Ohio with an Underground Storage Tank (UST) removal project.  Two gasoline tanks were removed and a petroleum release (aka, leak) was evident based on the odors and visual evidence in the excavation.  Laboratory results indicated concentrations of petroleum compounds in soils exceeding BUSTR action levels for closure.  As such, a Tier 1 source investigation, and possibly remedial actions were needed to clean up the site.

The Village of Mogadore engaged Phoenix Environmental to conduct BUSTR corrective action assessments of the property. The assessments included a BUSTR Tier 1 source investigation and Tier 1 delineation. Based on the results of these assessments, a cleanup method was  necessary to ameliorate residual petroleum concentrations in soil at the property. Groundwater was not contaminated.  The remediation activities included removal of approximately 75 cubic yards of petroleum-contaminated soil (PCS) from the property. Soils were transported to a BUSTR approval landfill for disposal.  Following soil removal, Phoenix Environmental collected confirmatory soil samples from the excavated area.  Additionally, Phoenix Environmental coordinated disposal of investigation derived waste (drums of soil and groundwater) along with removal of the groundwater monitoring wells.

On October 16, 2017, the former Fairfield Engineering Property was granted No Further Action (NFA) and a Covenant-Not-to-Sue (CNS) status by the Ohio EPA.  A CNS protects the property owner or operator and future owners from being legally responsible to the State of Ohio for further environmental investigation and remediation relating to known releases.

BUSTR granted NFA status to the release on January 9, 2017.